One Thing ….. Leads to Another 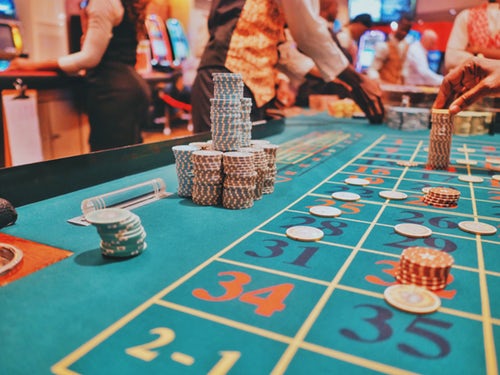 If you’ve been following us at all you’ll know how much we love the beach. There’s just something about the ocean surf and breezes so calming. It’s like God is sending us a message of His love in every wave.

The Jersey shore is a little more than 2 hours away, depending on traffic. That means any chance we get to head east, we do. I received an invitation in an e-mail from one of the more prominent, upscale casino/hotels in Atlantic City to stay free for a night or two. Wow, are you kidding me? Free anything, I’m in, as long as it’s legal, moral and ethical. Now I understand it’s all about luring you into their tangled web, so you pay and play. But what harm can come from staying in an upscale hotel, that happens to have a casino attached, and then heading to the beach on the in-between day? Conditions were perfect for a sandy stroll on the beach and a little crab imperial for brunch. Better yet, the night before our Philadelphia Eagles are playing – so game on. Big screen TV in a sports bar and we’re good to go.

We don’t make a habit of heading to AC for most any reason. The beaches there aren’t that great but it’s also not far from our favorite spots in Stone Harbor and Cape May. I know, I know …. You’re like, really? A hotel that happens to have a casino attached? I say to you, bah-humbug, I can handle it.

Here’s the rub, you gotta walk by slot machines, roulette tables, craps, and black-jack – just to get to the front desk. Then you have the 20-something females in short, tight dresses, high heels and nothing left to the imagination. Four bars with big screen TV’s, a nightclub, all the food you can eat (that’s not too bad), a comedy club and free drinks while you’re playing -served by hostesses that look like playboy bunnies. But hey, I got this. It’s just a place to sleep – the football game that night – and off to the beach the next day.

Check-in is a breeze. The pool looks awesome and the room is luxurious. It even has a rain shower. How cool is that? So, I flip on the TV to see what’s on. thing that comes up is all the options for gambling, eating, drinking, and entertainment. All the world has to offer, right before my very eyes. So, I to see what movies are playing since that’s a much better option than drinking and gambling. What pops up first? Adult movies by genre.

Ok, what’s going on here? Every temptation I could ever ask for, right before my very eyes. I am so glad that temptation isn’t sin. I’d be on my knees asking for forgiveness for a week, and still not have been absolved of all those bad thoughts.

I Corinthians 10 “13 The temptations in your life are no different from what others experience. And God is faithful. He will not allow the temptation to be more than you can stand. When you are tempted, he will show you a way out so that you can endure.” (NLT)

Maybe I should just head for the nearest exit.

The issue here is not the temptation to sin, it’s the ease in which sin is available in the situation where I just placed myself. All I can think is, what the heck am I doing here? It seemed like a good idea at the time but now I’ve got the world around me sending messages that tickle every fancy known to sinful man. The Fixx is in – One thing leads to another………… Did you get that? The Fixx tells me everything I want to know about this situation. One thing leads to another…….

It’s difficult enough to live a life that is separated to God. It’s even more difficult when we put ourselves into situations that make the choice to follow the narrow path even more challenging. The world throws enough curveballs our way that we don’t need to step in front of one and get beaned on the head.

Let’s just say that one thing can easily lead to another. When that one thing is chosen, it can have eternally damaging consequences. Just ask the Christian leaders of our age that have fallen to every temptation known to man. I would venture a guess that most of them weren’t out looking for it. But they also didn’t set up the boundaries necessary to at least avoid the opportunity that led to their fall. I had a Pastor that once said, “We don’t lack the capability to do just about anything ….. we only lack the opportunity”. Steer clear of those opportunities my friends. Remember….. One thing leads to another.