My Responsibility to Love Well 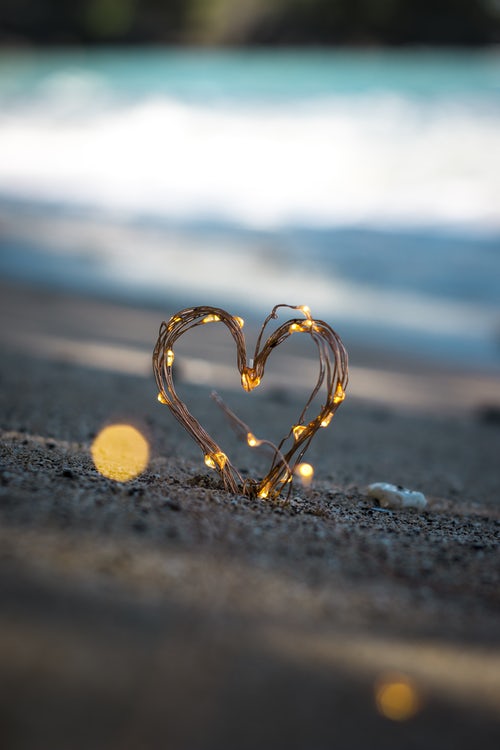 God “speaks” to me in the shower.  I know, a little strange but it’s probably because my mind is settled there. Yesterday He decided to invade my world a little differently – standing over the sink – looking in the mirror while my electric toothbrush was buzzing around in my mouth. I was overwhelmed with joy and a sense of God’s love for me in an instant. I didn’t see it coming. As if I heard from on high, “I’m so proud of you”. Pride is more a human term than a term you’d expect to hear from the Deity of the Universe, but I knew what He meant. He was thrilled with how I carried the responsibility I’ve been given to love well and “steward” the gifts He’s invested in me. It overwhelmed me with emotion.

We have such an awesome assignment as Christ followers to represent Him well. Not to be taken lightly – but never to be based on some level of performance that we decide is appropriate. The Holy Spirit gets to decide how we do that – provided we’re paying attention. In this case, I was paying attention.

I volunteer at the Gospel Rescue Mission where Colleen ministers daily. It’s been a great privilege to walk with folks that society sees as “less than”. Marginalized, extremely broken, and often traumatized individuals that love the Lord no less. Those same people are seen by Him, not as the least, but the greatest among us. Quite frankly, I’m right at home there. In so doing I’m able to develop relationships that only a few years ago would have been so far off the radar they wouldn’t have registered in this galaxy. I was the guy that crossed over the street to avoid any encounter with the homeless.  No more. God called me to use my gifts, talents, and abilities to develop new relationships and minister in a place that I was once fearful of. Crazy, isn’t it?

Here’s the kicker though. I’ve been entrusted with much because much has been given to me. Not in a material sense, but in a spiritual sense.

Yesterday we led an exercise in a class that Colleen and I teach. The guests were asked to examine the lies and distortions that have been sewn into their lives as early as they could remember. They did so on a paper that was an outline of the body, focusing on the anatomy and parallel wounds that occurred in their lives that led to the lies they believed about themselves and God. It was powerful. With music quietly playing in the background more than a dozen of God’s finest creations, led by the Holy Spirit, examined their lives from the inside out. Once God highlighted the lies, they took the most devastating one and put a red cross over it and asked God for a re-interpretation of where that lie originated – asking Jesus to heal the wound. Heal the traumas that led to the lies that Satan had been telling each of them for most of their lives. Again, I say, it was POWERFUL!

At the end of class, we prayed for each individual, specifically asking God to seal the work that the Holy Spirit had done in their minds and their hearts. In case I didn’t mention this – it was POWERFUL!

Here’s my point. Every one of us has a responsibility to love well. To bring the Gospel of Jesus Christ and His healing message to all His people and in every encounter the Holy Spirit brings our way. How that’s presented will look different every time. But what isn’t different is the need to steward that message well. To represent God in the way He calls us.

The Cost of Disobedience

As chronicled in Numbers 20 at the waters of Meribah, Moses did NOT deliver the message God intended for His people and in the way it was intended. It cost him the journey across the Jordon River to the Promised Land and all he had hoped for – as it did for Aaron.

7 and the Lord spoke to Moses, saying, 8 “Take the staff, and assemble the congregation, you and Aaron your brother, and tell the rock before their eyes to yield its water. So you shall bring water out of the rock for them and give drink to the congregation and their cattle.”9 And Moses took the staff from before the Lord, as he commanded him.

10 Then Moses and Aaron gathered the assembly together before the rock, and he said to them, “Hear now, you rebels: shall we bring water for you out of this rock?” 11 And Moses lifted up his hand and struck the rock with his staff twice, and water came out abundantly, and the congregation drank, and their livestock. 12 And the Lord said to Moses and Aaron, “Because you did not believe in me, to uphold me as holy in the eyes of the people of Israel, therefore you shall not bring this assembly into the land that I have given them.” (ESV)

It breaks my heart every time I read that account. Moses and Aaron led Israel out of Egypt, dealt with all their rebellion and misdeeds and were unable to experience Gods best for the nation – first hand. All because they misrepresented Gods heart and His intent for the people.

It is a joy and a privilege to carry God’s message to a broken world. The best part is watching how God does it. Never the same way twice. Our responsibility as believers is to love well, to deliver the message as intended and steward the gifts God’s given each of us as the Holy Spirit leads. It sounds simple but sin complicates it. Then again, our Savior Jesus Christ covers it all.

Steward well my friends and enjoy the fruits of your obedience. Love well and experience God’s Joy and His Peace.