We Live in a World at War 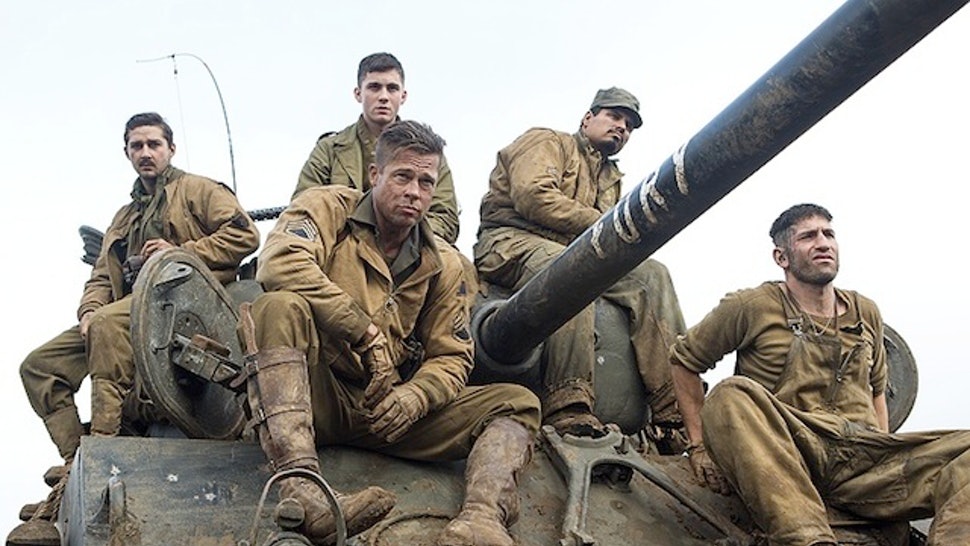 “O, for that warning voice, which he, who saw The Apocalypse, heard cry in Heaven aloud, Then when the Dragon, put to second rout, Came furious down to be revenged on men, Woe to the inhabitants on earth! that now, While time was, our first parents had been warned The coming of their secret foe, and ‘scaped, Haply so ‘scaped his mortal snare:

For now Satan, now first inflamed with rage, came down, The tempter ere the accuser of mankind, To wreak on innocent frail Man his loss Of that first battle, and his flight to Hell: Yet, not rejoicing in his speed, though bold Far off and fearless, nor with cause to boast, Begins his dire attempt; which nigh the birth Now rolling boils in his tumultuous breast, And like a devilish engine back recoils Upon himself; horrour and doubt distract His troubled thoughts, and from the bottom stir The Hell within him; for within him Hell He brings ……. “

Spiritual warfare wasn’t even a category for me growing up in the church. Not even in early adulthood did I comprehend what was happening in the unseen world. The church I attended as a youngster, and through my early 20’s, had its roots in Anabaptism. Exploring what scripture showed us regarding spiritual warfare was rarely attempted by the Pastorate.  Not even when we read about the temptations brought by Satan to Christ during His 40 day fast in the desert.  The pure evil that happened immediately after He was baptized by John and declared the Son in whom the Father was well pleased. Do you think that was a coincidence? Our biggest attacks often come after some of the greatest “victories” in our spiritual journey.

Take a look at the trailer from a movie released several years ago entitled Fury. Click on this link and then meet me back here to continue.

It’s not pretty – Nor is the battle that rages around us every day. What I appreciate about this clip is its clear depiction of the reality of war, but also the unity and brotherhood bonding men together when faced with overwhelming odds.  “Best job I ever had.”  Why? Because they’re in it together.

As believers, we must recognize that this battle – this war – was never meant to be fought alone.

What exactly does Paul mean here in his letter to the Ephesians? He means that we don’t wrestle with flesh and blood – like depicted in Fury. We wrestle with cosmic powers over this darkness. Sounds pretty serious wouldn’t you say? Heck yeah. It sure is. Then why do we discount the influence the enemy is attempting to excerpt in our lives? He tried it with Jesus who was without sin. Do you think he might try it with us? Maybe not Satan himself, but no doubt some buck-private demon that can make our lives a living Hell. Especially if we don’t recognize or even acknowledge that the warfare raging around us is real. We have no clue it’s even happening, let alone how to fight it off.

John Eldredge reminds us, in Waking the Dead, that Jesus came to fight this war with us and on our behalf.

“Many people think the theme of war ends with the Old Testament. Not at all. Jesus says, “I did not come to bring peace, but a sword” (Matt. 10:34). In fact, his birth involved another battle in heaven (Rev. 12:1-5, 7-8, 17). The birth of Christ was an act of war, an invasion. The Enemy knew it and tried to kill him as a babe (Matt. 2:13). The whole life of Christ is marked by battle and confrontation. He kicks out demons with a stern command. He rebukes a fever and it leaves Peter’s mother-in-law. He rebukes a storm and it subsides. He confronts the Pharisees time and again to set God’s people free from legalism. In a loud voice he wakes Lazarus from the dead. He descends to hell, wrestles the keys of hell and death from Satan, and leads a train of captives free (Eph. 4:8-9; Rev. 1:18). And when he returns, I might point out, Jesus will come mounted on a steed of war, with his robe dipped in blood, armed for battle (Rev. 19:11-15).”

Wow. Help me understand why the “church” ignores or at least minimizes the reality of the present world we live in? Why would we think that God’s Word, and what He recorded in history, was for that time alone? There should be an expectation in us that the same is true today. Otherwise, why would God show us the reality of the world then and parallel it with our world today? We must learn to navigate this reality in our everyday lives. We must put on the full armor. Daily. No exception.

Colleen had a recent bout with a chronic condition she’s been fighting off her whole life. It showed up in symptoms that mimicked a stroke and we ended up the ER two times in two days. After brain scans and an MRI, blood tests and three doctor evaluations, it appears that her migraines are clustering like she’s only experienced one other time in her life. Ok, is it a coincidence or does it have anything to do with the huge breakthroughs that have been coming with guests AND staff at the “Mission” she leads? After consecutive classes, meetings, and one-on-ones that have moved people to monumental healing in their lives – breakthroughs that have taken decades to witness.

Do you think the enemy was ticked off about the healing that’s taking place in the lives of people extremely broken and ready for change? And then he decided to plant the tree of fear in the stream of life that’s my wifes’ existence – her calling. Coincidence or warfare?

Let’s do this together. Surround yourself with warriors. Like-minded believers that will battle with you. That will pray in support of what God is doing in your life and those you influence. Safe people who love God and love you.

“So let God work his will in you. Yell a loud no to the Devil and watch him scamper. Say a quiet yes to God and he’ll be there in no time.” James 4:7 – The Message

Remember, we live in a world at war. No joke. No exceptions. If you’ve chosen to fight the battle God has called you into you WILL experience spiritual warfare – first hand. Ask God daily to help you suit up and prepare for the battle. Don’t let that buck-private demon take you out. Our God created all. In and through us all, He will gain victory.