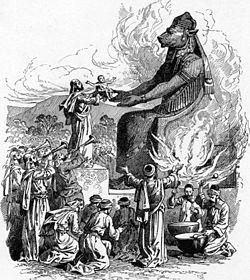 What was unplanned was me writing about Unplanned.

Unplanned is a movie based on a true story of Abby Johnson who became the youngest clinic director in the history of Planned Parenthood, then a life-changing experience turned her into an anti-abortion activist.

Joyce Slayton from Common Sense Media describes the opening scene in this way. “Viewers see two “procedures”: a surgical abortion and a chemical abortion (via RU486). In the first scene, a woman cries, and there are images of a well-formed 13-week-old fetus writhing and twisting as if in pain, trying to hold on to the sides of the uterus as it’s sucked out.”

My heart was ripped out of my chest. I could feel the agony of God’s heart toward this innocent child whose life was ended prematurely – before his or her unique calling could be lived out as God intended it to be. You know, there are times when we just can’t anticipate our emotional reaction to something as powerful as this. Tears flowed down my cheeks only 2 minutes into the movie. It’s heartbreaking. I can’t unsee it.

What is occurring in our society is the modern-day version of the sacrificial offering of children to the God of Molech. Described in Jeremiah 32:35: “And they built the high places of Baal, which are in the valley of the son of Hinnom, to cause their sons and their daughters to pass through the fire unto Molech which I commanded them not, neither came it into my mind, that they should do this abomination, to cause Judah to sin.” (KJV)

Ok, you get the point.

Let me be clear. This is meant, in no way, to shame anyone that has chosen this route. God is a God of forgiveness and shame is not in His character. Love demands a different response. Prayer changes things. According to 40 Days for Life:

Not everyone is on board with this idea though. Owen Gleiberman from Variety said this:

“’Unplanned’ isn’t a good movie, but it’s effective propaganda — or, at least, it is if you belong to the group it’s targeting: those who believe that abortion in America, though a legal right, is really a crime…. “Unplanned” preaches to the pro-life choir, and it does so by making a case against abortion that’s absolutist and extreme, at certain points twisting “facts” into a narrative of conspiracy…. But “Unplanned” also does a skillful job of using religious piety to conceal its underlying political agenda…… There’s no arguing with this point of view, and that’s the whole problem with it. “Unplanned” views humanity itself in black and white.”

That last sentence says it all for me. The movie views “humanity itself in black and white”. Well, so does God. He created each of us in His image. Most importantly though is the Preeminence of Christ in it all. Colossians 1:15-16 tells us that “He is the image of the invisible God, the firstborn of all creation. For by him all things were created, in heaven and on earth, visible and invisible, whether thrones or dominions or rulers or authorities – all things were created through him and for him.” (ESV)

That sums it up. All things were created through him and for him. Visible and invisible. The unseen and the seen. The unborn and the born. From conception, we are being formed into His image. That’s a sacred place to live. Holy ground exists in our Mothers womb. The Bible is clear in Jeremiah 1:5. “Before I formed you in the womb I knew you, before you were born I set you apart” (NIV)

Unplanned was my response to Unplanned. But God asked me to speak truth today. He has a plan for each of us. He also has a plan for the unplanned. But for those who chose otherwise, there’s the promise of eternity. The promise is that someday we’ll get to see the “unplanned” that are now seated with Jesus in heaven. The purpose of their life will still be fulfilled and we as Christ followers get to see them first-hand in their forever home. Planned and Unplanned.

There is a lie that is called abortion–it is an epic evil of our time. I would like to call on all women that have had an abortion to add their voice in exposing the truth about what has kept many of us locked in shame. Over 30 years ago I made one of the worst decisions of my life and God is now asking me to use that wound to spur others to action. With the launch of the movie Unplanned, I have heard it minimized by some as just a movie. But I have not seen anything so closely aligned with my experience. I am asking you to share this video liberally so that others can hear another side of this issue.  Unplanned: My Abortion Story