Is All Truth Relative? 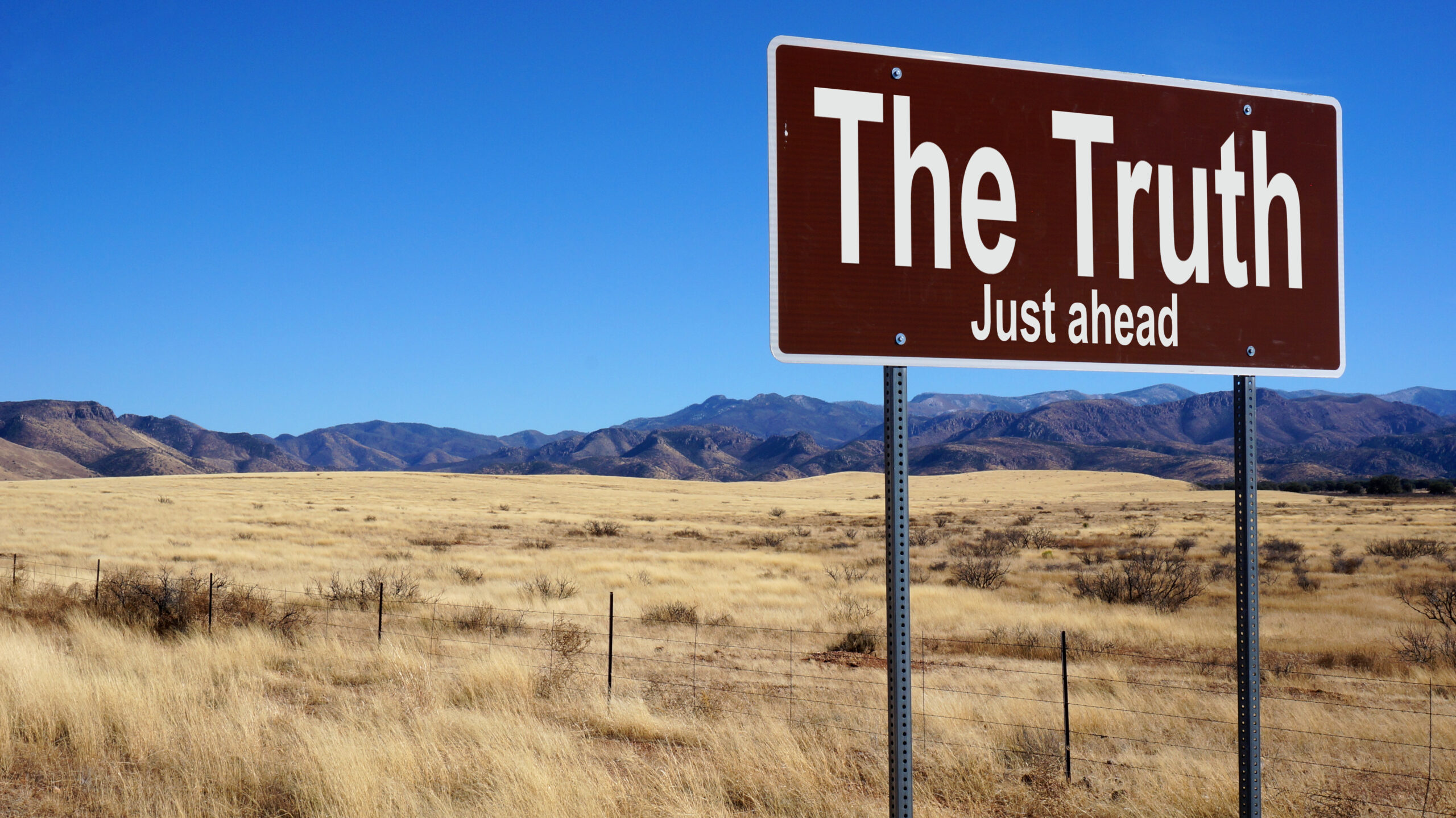 Reminding myself of what my step 4th cousin 6x removed, John Adams, once said, “Facts are stubborn things; and whatever may be our wishes, our inclinations, or the dictates of our passion, they cannot alter the state of facts and evidence.” See how I worked my lineage into that? Ancestry.com holds a treasure trove of facts if you’re willing to do your homework.

As has become an annual tradition for me I ask God what His focus word is for the coming year. A word or a phrase to contemplate and act on. My 2020 word is Truth. The Truth of who God is, the truth of who I am, and the truth of who God created me to be. The truth that there is such a thing as absolute truth, although that concept evades most of us. The truth is that I MUST rely on the Holy Spirit to frame every question and provide the answers to just about anything of significance. Basically, all of life, except perhaps what color socks I’m wearing today. Belt has to match the shoes though. Just sayin’.

I’m on this ball of dirt for a very short season and want to make the most of it. I want to love like Jesus and lead like Him. I also want to follow Him into all truth. That’s just NOT how society seems to be functioning though. For some – perhaps. For most – not.

We recently witnessed an Impeachment Inquiry and subsequent trial in the Senate. When I watched CNN and Fox News reporting on the same set of happenings it was like the Twilight Zone. Am I on planet earth? The “facts and opinions” on both sides couldn’t have been further apart. It’s amazing how people can see facts so differently. An enlightening example of relative truth, not absolute truth.

This seems like a good time to quote an old saying. “A lie gets halfway around the world before the truth has a chance to get its pants on”. That’s hilarious but oh-so-true. Once whispered into the world-wide-web of confusion a lie can never be retrieved and substituted for the truth. After all, if it’s on the internet it must be true.

Seriously though, is the world of social media a reliable platform for truth? Truth regarding just about anything? With Photoshop and other image altering software, we’re not even sure the shot, or even worse the video we’re watching is real. And that’s just images. For many, it’s the best truth-stretching medium of all time. There are plenty of Twits on Twitter tweeting out their relative truth with impunity. Living for the likes. I remember the day if you wanted to lie to someone you had to do it to their face.

I asked the question, Is all truth relative? Meaning, do we have our variation of truth when we see or experience or walk in a set of beliefs? Ones that have been engrained in our minds and hearts for years.  Beliefs that have been formed by our surroundings and through those entrusted with our care for most of our lives.

To a degree, I believe our truths are relative, but we can’t ignore the fact that absolute truth exists. We just may not know what that truth is. We may never know it. Even Scripture gets interpreted incorrectly. Divisions and denominations are formed in support of those beliefs. The good news is that God does know absolute truth and it begins with one simple fact. He loves you. If you trust your life to Him that means you’re His kid. His Child. Unlike our earthly family, He can be trusted to know absolute truth and counted on to guide us in it.

Paul, the Apostle, reminds us in scripture what God wants us to experience first-hand.

And you say? How do I know what’s true, honorable, right, pure, lovely, and of good repute? Great question. Read the book of Acts. Upon Jesus’ departure to Heaven, He left us with an amazing gift. The gift of the Holy Spirit. When we choose to be a Christ-follower that same Spirit invades our inner being. And it’s an amazing invasion. The Bible has a fancy word for it – indwelling.  Merriam-Webster defines it this way: “being an inner activating or guiding force.” I like that, especially when it refers to the Spirit in us that bears witness to absolute truth.

There is no way for us to know absolute truth other than what the Bible teaches. As flawed human beings, we don’t process what we read impeccably. We apply logic and experience. We know the definitions of words and phrases but even then, the original Hebrew, Greek or Aramaic can carry a completely different meaning than what’s been translated into English. We need to be diligent in our reading and research. But the Holy Spirit will illuminate all Scripture for our knowledge and understanding. Then our subsequent actions will align with God’s truth and the truth of His Word.

Let’s look at yet another example of the absence of truth leading to a great injustice.

I recently saw a heartbreaking movie based on the Bestselling Book, Just Mercy by Bryan Stevenson. I highly recommend it. The memoir turned movie depicts the story of Stevenson’s establishment of his work in law and his founding of the Equal Justice Initiative, which seeks to provide just treatment for all caught up in the court system. The film flows chronologically through Stevenson’s beginning years as a lawyer during the 1980s and 90s. Although several cases are brought forth in the movie, each pointing to the unjust treatment of people of color, people of low socioeconomic status, and people with mental health problems by the courts, the film centers mainly on the case of Walter McMillian. McMillian was condemned for killing a white woman in his hometown of Monroeville, Alabama. Stevenson seeks a direct appeal of McMillian’s criminal conviction. He writes a brief in support of the appeal, highlighting the injustices (or “lack of mercy”) that McMillian faced at the trial level. These injustices include unreliable witness testimony against him, racial bias in the jury selection, prosecutorial misconduct, and the judge’s override of the jury’s life sentence verdict that resulted in McMillian receiving the death penalty.

You get the idea. In this case, lies told about someone without the resources to defend themselves and defend the truth led to a sentence of death. Is all truth relative? Not so here. It nearly cost McMillian his life.  Were it not for the tireless efforts of Stevenson that truth would never have come out. In McMillian’s case, the investigators got a confession after endless hours of interrogation using coercive techniques to get him to say what they wanted him to say. A friend of mine often reminds me, “if I want your opinion, I’ll beat it out of you”, except in this case they decided to “beat” their truth out of him.

We MUST begin to process our truth through a different lens. The lens of love. The lens that becomes clearer the more we rely on the Holy Spirit to re-interpret our circumstances, the impact of societal norms, culture, and the influence of others on our lives.

The Apostle John captured the words of Jesus perfectly and makes my entire point:

“When the Spirit of truth comes, he will guide you into all the truth, for he will not speak on his own authority, but whatever he hears he will speak, and he will declare to you the things that are to come.” (John 16:13 ESV)

This begs the question of how do we hear from God, or in this case the Holy Spirit, as we discern the truth in the many circumstances of life?

God so desires an intimate relationship with you. That can only happen the way most intimate relationships begin, as with a spouse or a friend for example. We spend time with the people whom we desire to know better. So it is with our God. Take time daily to sit in His presence. Quietly. Without a series of requests you want to be fulfilled. At that moment seek to connect your soul with God’s Spirit. Your heart with His. Ask Him simple questions. Simple truths. Like, “do you love me?” Wait for His response. It’ll come. Let intimacy begin. As the questions become more complex, you’ll have learned to recognize His voice. Just like sheep know the Shepherds voice.

To sum it up, as Christians we have a responsibility to defer judgment, to love God, love others, and seek the Holy Spirit for TRUTH. He has all the answers we’ll ever need or want.