Is There a Shake-Up Going On? 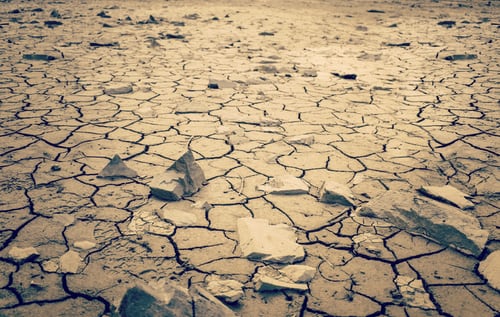 What’s happening here? Is this a shakeup or just a blip in the natural order of things?

From a deadly pandemic to a global movement for racial justice, the year 2020 has already experienced its fair share of world-shifting events — and it is still months from being over.

Here is a list of some of those events taken from a recent New York Post article.

The country faced one of its most devastating wildfire seasons as the blazes continued from December 2019 into the new year and burned a record 47 million acres, displaced thousands of people, and killed at least 34 people.

The World Health Organization announced Jan. 9 that a deadly coronavirus had emerged in Wuhan, China. In a matter of months, the virus has spread across the globe to more than 20 million people, resulting in at least 751,000 deaths.

The legendary Los Angeles Lakers player Kobe Bryant was killed along with his daughter, Gianna, and seven others when their helicopter crashed in Calabasas, Calif., on Jan. 26.

The president faced an impeachment trial in January on charges that he asked Ukraine to investigate former Vice President Joe Biden and his son Hunter. He was ultimately acquitted by the Senate on Feb. 5

The disgraced Hollywood kingmaker was convicted Feb. 24 of raping an aspiring actress and sexually abusing a TV and film production assistant. The verdict was celebrated by his dozens of accusers and their supporters as a watershed moment for the #MeToo movement.

The police-involved killings of George Floyd, Ahmaud Arbery, and Breonna Taylor this year sparked a wave of peaceful — and sometimes violent — demonstrations and riots across the world to demand an end to police brutality and racial injustice.

More protests erupted in August when 29-year-old Jacob Blake was shot by a Kenosha, Wisconsin, cop and paralyzed from the waist down.

Jeffrey Epstein’s alleged madam was nabbed July 2 on sex-trafficking charges while holed up in a luxury home on a 156-acre estate in New Hampshire.

The invasive insect, known as the Asian giant hornet, was spotted for the first time stateside when they invaded Washington state. Measuring up to two inches, the hornets can wipe out entire bee colonies within hours.

A massive explosion at a Beirut port, sparked Aug. 4 by the accidental detonation of 2,750 tons of ammonium nitrate, killed at least 190 people and injured thousands of others.

The Supreme Court Justice and unrelenting trailblazer for gender equality died Sept. 18 at the age of 87. She was the second-ever woman appointed to the high court.

President Trump announced Oct. 2 that he and first lady Melania Trump tested positive for coronavirus. He was hospitalized for three days at Walter Reed National Military Medical Center before he was discharged to continue his recovery at the White House.

And recently Eddie Van Halen died – for your rockers out there.

Ok, I’m sure you can add a few to the list in your own sphere of influence that might bring headlines as well. Bottom line, it’s been a rough year.

We are all running on fumes right now. We have depleted reserves. I know in my own case, I’m easily offended and triggered by some of the most unusual circumstances; like knocking over a potted plant twice. Not sure I could repeat my reaction right here without censorship.

I posed a legitimate question. Is there a shakeup going on? If so, by whom? On a magnitude of this scale, I nominate only one person and it may not be who you think it would be.

Fear has seemed to grip the world. The uncertainty and division around a national election that will have consequences that many are frankly unable to articulate with any accuracy. There’s plenty of pontificating to go around.

And the winner is?

The Creator of the Universe. Who else?

You may want to lay blame on Satan and his minions, and you’d be partially correct. Nothing happens anywhere without being sifted through God’s hands, even though it grieves His heart in watching how our freedom to choose perpetrates sin on others. After all – He made us AND the Angels, including the fallen ones, with free will. But He also loves each one of us and like any good parent will discipline His kids when they go astray.

But there’s another motive behind it all and the Bible is very clear on this subject. There will be an ingathering like no other as we near the return of Jesus. What better way to get our attention than unleash some of the most horrific things we’ve seen in our lifetime to help accomplish that. Sounds a little cynical doesn’t it, even sinister. Like there’s a plot to mess up our world and the normal we’ve all come to complacently live in.

God is after whole-heartedness for every one of us that call Him friend. He’s after the rest of mankind as an invitation to join His family of Believers. His Word tells us that in the last days there will be pestilence, natural disasters, divided nations, and a rise in unrest. All in preparation for the antichrist to come on the scene and trigger the events leading to Jesus’ return.

Here’s the Amplified Bible Editions explanation from I Corinthians 1:7: That you are not [consciously] falling behind or lacking in any special spiritual endowment or Christian grace [the reception of which is due to the power of divine grace operating in your souls by the Holy Spirit], while you wait and watch [constantly living in hope] for the coming of our Lord Jesus Christ and [His] being made visible to all.

There’s hope in that. There’s an opportunity to pursue whole-heartedness by doing just a few things. These are fearful times, right? Yet we have a hope that goes far beyond fear.

The spirit of unbelief is running ramped. There’s a falling away from truth. It seems that all truth is now relative truth. My truth and your truth and someone else’s truth are at odds with each other. That makes no sense. Absolute Truth resides in the person of Jesus Christ. He died for every person on this planet that ever lived or will live. What you do with that is an individual choice?

I personally believe that we are seeing a great move of God on this planet in preparation for His coming. We know we’re closer than ever to seeing Him face to face. As believers, we MUST set aside our lukewarm commitments to our union with God and pursue whole-heartedness with Him. The world is counting on it. We may well be sitting with the greatest opportunity to spread the truth of Jesus Christ and His saving power to a devastated world.  A world that is scratching its head in wonder over what’s next. Help them with the answer to that question by proclaiming Christ. Faith over Fear folks.

Let’s spread a pandemic of Love and let God do the rest.