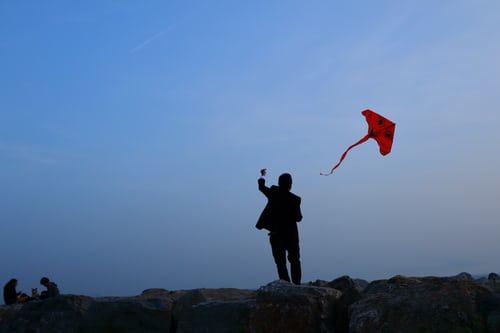 In 1848, when engineers were planning to build a suspension bridge across Niagara Gorge, the question became, how do you stretch the first wire across an 800-foot gorge with 225-foot cliffs on either side and rapids that rush toward a waterfall?

The solution? A kite-flying contest.

A fifteen-year-old American named Homan Walsh won. The day following that successful flight, a stronger line was attached to the kite string and pulled across. Then an even stronger line. Then a rope. Then a cable consisting of thirty-six strands of ten-gauge wire.

It all started with one kite string! It always does, doesn’t it? As God said to the prophet Zechariah, “Do not despise these small be­ginnings, for the Lord rejoices to see the work begin, to see the plumb line in Zerubbabel’s hand” (Zechariah 4:10, NLT). Plumb line, kite string—same difference!

Does God delight in our accomplishments? Like a proud parent. And not just the big accomplishments! According to this verse from Zechariah, it’s the little things that produce disproportionate celebration. The Israel­ites hadn’t even broken ground on the temple yet. All they’d done was measure, and God was already giving them a standing ovation!

We want to do amazing things for God, but that isn’t our job. Our job is to consecrate ourselves to God. Then God does amazing things for us. It starts with the fourth habit—fly the kite. It’s doing little things like they’re big things.

It’s time to fly the kite!

Think on this: How you do anything is how you’ll do everything.