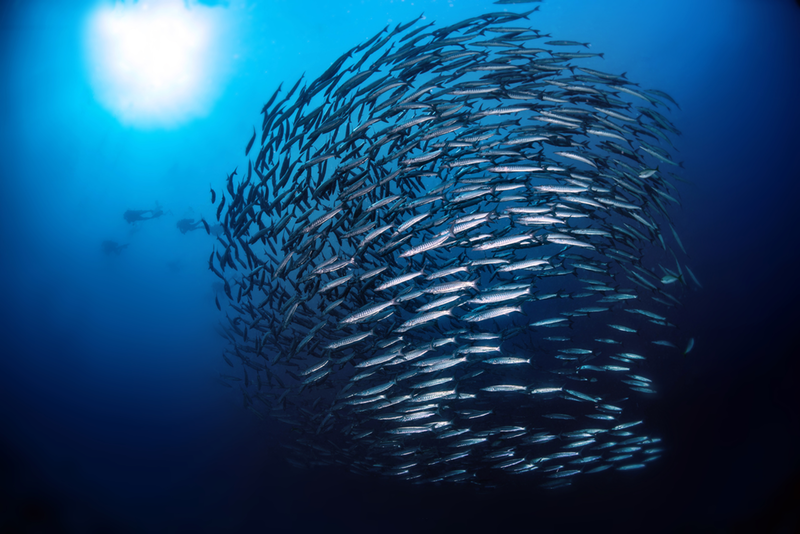 The word I choose to describe Jesus is life. Pure, lush, exuberant Life. Life that proves to be unquenchable, unstoppable, indestructible. As John summarized the whole affair, “In him was life, and that light was the light of men” (1:4). It sure was.

Let’s turn back to nature one more time. It is such a liberating force from the religious fog, because it is God’s and it speaks volumes about his true—pardon the pun— nature. What does creation say about his life? A single tree is enough to make me worship—the beauty, the elegance, the perseverance, the life coursing through it. If I were given a lifetime, I could never make one myself. Now—have you ever stopped to imagine how many trees there are on this planet? The Taiga forest spans the globe through Sweden, Siberia, Alaska and Canada. It contains one-third of all the trees on earth and produces enough oxygen to replenish earth’s supply. That’s one forest.

Have you ever wondered how many fish are swimming our oceans and seas? About seven hundred billion sardines are harvested each year off the coast of Peru—that is one tiny subspecies, off one coastline. There are a lot of fish finning around out there. It boggles the imagination.

Come closer, take a microscopic view of our world. There are hundreds to thousands of organisms in a single drop of pond water—protozoans, amoebas, rotifers, water bears. One drop. How many drops fill a bucket, how many buckets a pond? And there’s a lot of ponds on this planet. The earth is like a massive petri dish, teeming and trumpeting with life in such staggering diversity and abundance that science still hasn’t come close to cataloging it all.

Nature is bursting with life—even after all these years of war.

Now, what would happen if this sort of life expressed itself in a man? Exactly. It did.

When Jesus fed the five thousand, the tally counted only men. So the crowd was probably more like ten thousand including women and children. From fives loaves and two (small) fish. With leftovers. He doesn’t even say anything in Cana after, “Fill the jars.” The 180 gallons of wine are suddenly just … there. With a shout he raises Lazarus from the dead. One word best describes what is going on here: life. Jesus really is the Lord of Life.

Now for a wonder of wonders—not only do you get Jesus, you get to live his life. Really. Everything you’ve seen here, everything you’ve read about, this life is yours for the asking. This is what Jesus believed. This was his understanding of our desperation and his mission.

By John Eldredge in Beautiful Outlaw