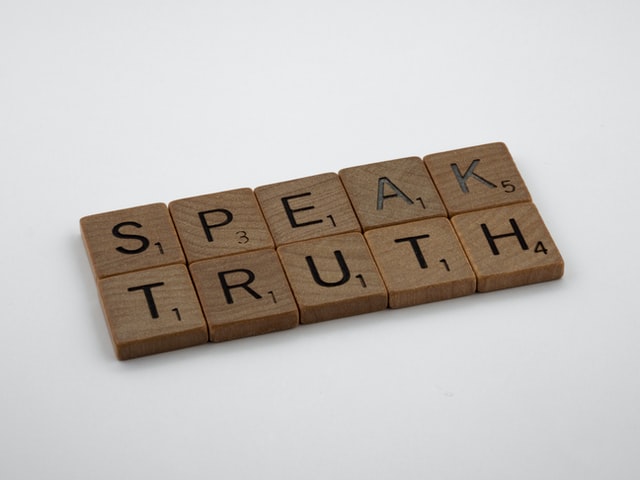 Most people go through their entire lives without anyone, ever, speaking honest, loving, direct words to the most damaging issues in their lives. Pause for a moment, and count the times this has been done for you. Better, pause and count the times you have offered this to someone you love.

Let’s be honest—why aren’t we more honest with each other? Because it will cost us. Socrates didn’t exactly get a warm reception for telling the truth. John the Baptist got his head handed to him on a platter for telling it like it is. Kill the messenger. We don’t want to pay that bill. If we speak as honestly as Jesus does, if we even venture into the hallowed sanctuary of someone else’s precious sin, it is going to make the relationship messy to say the least. Why won’t you tell your mother-in-law that she is a fearful, controlling woman? Why won’t you tell your pastor that his children hate him, hate his sanctified hypocrisy? Why won’t you tell your best friend that most of the time they are selfish and self-centered, and you carry all the burden of maintaining the relationship?

As I push a little more deeply into my own motives, I realize I just don’t care enough. I know what it’s like to be with so-and-so. I see their effect on others. But I pretend I don’t see; I turn a blind eye. I probably make a dozen choices a day not to see what I see. We all do. And why is that, really? Because to risk speaking as Jesus does takes time, because then I’m involved, because who knows what their reaction will be, because, because, because. What I’m saying is I don’t really care enough to risk the tension, backlash, penalties, or rejection.

And so our collective silence—carefully justified as being polite or not wanting to be judgmental or whatever—our silence dooms each of us to remaining that hardened Pharisee or controlling Martha for the rest of our lives. Jesus is the boy in the tale of “The Emperor’s New Clothes”—while everyone else fawns and feigns, pretending, looking the other way, he says, “Excuse me, but did you know that you are buck naked?”

I’m not stunned by Jesus’ words to either of his hosts. I’m stunned by the courage and love this takes.

The man shoots straight. Sometimes he’s playful; sometimes he’s fierce; the next moment he’s generous. This is the beauty of his disruptive honesty—you can count on Jesus to tell you the truth in the best possible way for you to hear it.

By John Eldredge from Beautiful Outlaw