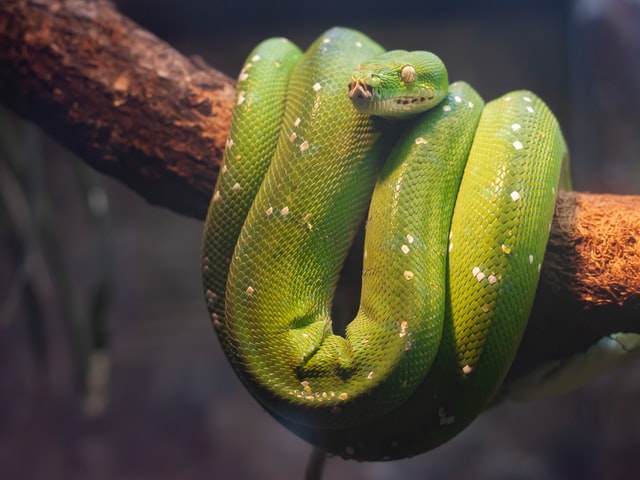 Now the serpent was more crafty than any of the wild animals the LORD God had made. He said to the woman, “Did God really say, ‘You must not eat from any tree in the garden’?”

“You will not surely die,” the serpent said to the woman. “For God knows that when you eat of it your eyes will be opened, and you will be like God, knowing good and evil.”

When the woman saw that the fruit of the tree was good for food and pleasing to the eye, and also desirable for gaining wisdom, she took some and ate it. She also gave some to her husband, who was with her, and he ate it. (Genesis 3:1-6)

Evil was lurking in that Garden. The mighty angel had once been glorious as well, more glorious than we. He was, if you recall, captain of the Lord’s armies, beautiful and powerful beyond compare. But he rebelled against his Creator, led a great battle against the forces of heaven, and was cast down. Banished but not destroyed, he waited in the shadows for an opportunity to take his revenge.

You must understand: the Evil One hates God, hates anything that reminds him of the glory of God…wherever it exists. Unable to overthrow the Mighty One, he turned his sights on those who bore his image.

Satan came into the Garden and whispered to Adam and Eve—and in them, to all of us—”You cannot trust the heart of God…he’s holding out on you…you’ve got to take matters under your control.” He sowed the seed of mistrust in our hearts; he tempted us to seize control.

It’s the same lie he is using in your life today, by the way: “Trusting God is way too risky. You’re far too vulnerable. Rewrite the Story. Give yourself a better part. Arrange for your own happiness. Disregard him.”

And that’s the Memo

By John Eldredge from EPIC