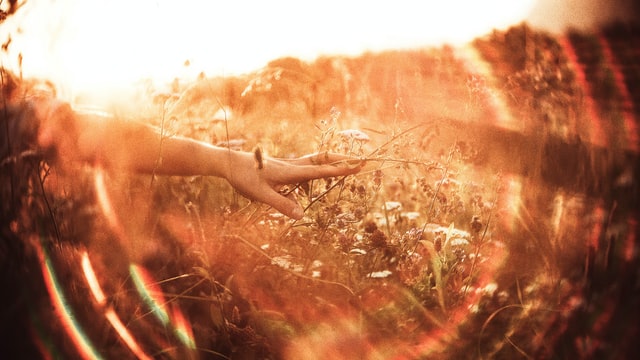 From a very young age, I (Colleen) can remember God’s presence in my life. In fact, as a child, my parents described my life as “mystical”. Since my parents were Catholic at the time, they viewed me as going the way of Teresa of Avila and John of the Cross, far from a positive thing in their minds. An interesting side-note, I did not learn until I was 45 that my Father and Mother had prayed against my “gifts” until my Dad realized that my relationship with God was producing love for God and others in abundance.

As a young child, I spent countless hours singing to God on the rear window deck of my parents old Malibu. This was in the days before seat belt laws, and coming from a large family, this was often the place I would be assigned to travel since I was the smallest. As I would lie there, it appeared to me that the stars were being lowered one by one for me to name–so I obliged. As I did so–I sang a song to them about their name. Then the next one would come down to be named and the process continued. Mom would later share how the rest of the passengers would listen and laugh quietly never quite understanding what was happening.

In my early childhood years, I was compassionate with others and demonstrated bold love (which I now know is my true self). Once, in a department store parking lot, I saw a woman who appeared sad. Without consulting my Mother, I ran to her and asked what was wrong. She started to cry and was very distraught. My Mom, quickly following behind me, was able to pray for the woman as I hugged her and reassured her that all would be ok. My Mom recalled countless stories about how I had a sixth sense toward people, and even animals, in distress. I was innocent, loving, and very empathetic.

Around the age of 6, sexual abuse entered my innocent world and in the years that followed my joy was stolen, hardening myself and building walls from a world that I perceived was becoming increasingly unsafe. Fear entered, and I started to withdraw from God and the world as I knew it to protect myself. The net effect–I traded a robust relationship with a perfectly loving “daddy” for religion–a “love” of God, absent an intimate relationship with him. As years of abuse and other destructive forces railed against my identity, I developed an insidious anger toward God. The God who was omnipotent and omnipresent–in other words, saw it all and had the power to stop all the horrendous things that happened to me. However, I did not acknowledge or even understand that I was angry with God until well into my 30’s.

At the age of 38, I realized that my Christian journey was less than fulfilling, and I started to question if the personal relationship “thing” that I understood was much deeper than I could imagine. I complained to my friends—which often fell on deaf ears—that I had been introduced to a living, larger than life Jesus – but soon after felt as though He became no more than the flannel board variation. No longer were God and I able relate to each other. My job was to study about Him, pray to Him, and follow all the rules that He laid out. But two-way communication—no way. I find it amazing that, even considering the countless scriptures referring to hearing God’s voice, the concept was not one that was taught in my Christian journey. If I ever mentioned the desire to have conversational intimacy with God, most in my faith tradition would have thought I was lost in some bizarre anti-scriptural space.

Remember that period, prior to the Internet, when we discovered our world through encyclopedias. I did not come from a family of means, so our encyclopedia collection accumulated slowly. For each $100 we’d spend at the grocery store—we got the next volume. I was so excited when G came out and I had the opportunity to learn about Greece. It was remarkable to read about the warm people and culture, to see pictures of the amazing architecture and tall mountains, and the air billowing off the coastline.

Then God showed me what it was really like to be in Greece. In my imagination was a strong sense of reality. One I had rarely experienced. The warmth of the people, tasting baklava and fine Mediterranean cuisine, seeing the ruins and standing on the tallest heights. Smelling and tasting the salt air on the shoreline of one of the many islands. The experience of Greece made the reading about Greece seem dull and lifeless.