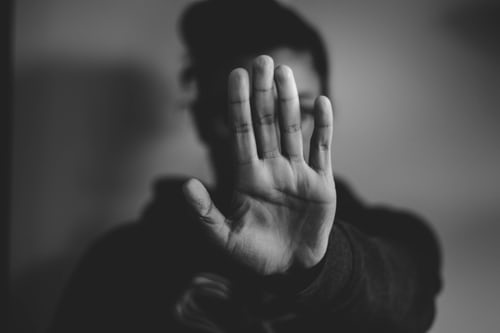 Mistreated, Disrespected, Abused, Locked up, Violated, Rejected, Abandoned, Attacked, and Disregarded are all actions that unfortunately describe the realities countless individuals have experienced by the mistreatment of others. Over time someone who has experienced the hurt and pain from a life-altering offense could believe that the incident is now a part of their identity. Although negative things happen to people, it is not an accurate representation of who they’ll become in life. Enduring constant abuse can potentially cause someone to view themselves in an unfavorable light based on what happened to them.

God defines his children by His Holy word. God’s words declared over you and about you are a true representation of your identity. No longer believe the lies that you are worthless, nothing, useless, damaged, or a victim. Remember that God contends with those who contend with you. Keep loving God as he continues to cause all things to work together for your good. Your identity is not in the crisis you underwent, your identity is in Christ.

In scripture, Joseph experienced obstacles similar to so many people. Joseph was favored by His Heavenly Father, God, and his earthly Father, Jacob, but his brothers mistreated him. Joseph suffered abuse, neglect, and rejection by the very ones who were supposed to show him love, and protection. Joseph was disregarded and dismissed when he shared his dreams, and later abandoned and literally sold out by his siblings. Later on in life, Joseph was forgotten by the very ones he helped and he was even betrayed by his boss’s wife.

But even in the crises of life, Joseph’s identity was in God. God already declared a blessing over Joseph before his birth by and through his Great-Grandfather Abraham. God declared the identity of Abraham’s descendants stating “I will make you exceedingly fruitful, and I will make nations of you, and kings will come from you.” (Gen 17:6).

Although Joseph went through several obstacles they couldn’t strip him of his God-given identity. Joseph became the ruler of Egypt and God made him exceedingly fruitful. What God declared, revealed, and confirmed about Joseph manifested in his life, even though his beginning was a challenge.

Joseph’s story serves as a resource of encouragement for you today. You are not defined by the crisis you endured. You are defined by Christ.

And that’s the memo by Kennetra A. Bryant, Ed.D