A Man I’ll Never Be 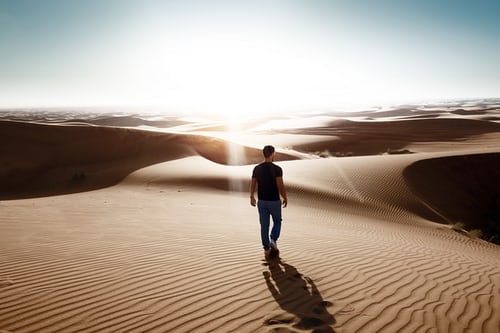 I grew up in the ’70s. It was an odd time for music. Contrary to popular belief the genre of the era was not just Disco. Some of the best Rock n’ Roll music ever written came from that decade, including a song that I heard today.  Boston’s legendary lead singer, Brad Delp performing – A Man I’ll Never Be. Written by Tom Scholz, a fabulous musician in his own right, played lead guitar.

Go online and listen in as you follow along with the lyrics.

You look up at me
And somewhere in your mind, you see
A man I’ll never be

Greil Marcus, writing in New West magazine, described the song’s subject expressing “how hard it is to live up to a girl’s image of a boy”.[17] Marcus cited the bravery of the lyrics, in which the singer acknowledges his inadequacy.

It just struck me, as I was listening to this song on my wireless headset at the gym, how impactful these lyrics were for me. How I genuinely bought into the notion that I needed to live up to my girlfriends’ image at the time. Shortly thereafter becoming my wife. After a 36-year failed marriage, I continued to carry the burden that somehow, I needed to get THE ultimate question answered through her. “Do I have what it takes?”  Will I ever live up to the Knight in Shining Armor she believed me to be? Until I went through a long season of healing, I was convinced that validation through her or any other significant woman in my life was extremely important, Mom included.

That’s simply not what the Bible teaches us. The consequences of our sin are many but the greatest challenge we face as men comes from the curse that besets us after the fall. Genesis 3 describes the conundrum.

17 And to Adam he said, “Because you have listened to the voice of your wife and have eaten of the tree of which I commanded you, ‘You shall not eat of it,’ cursed is the ground because of you; in pain you shall eat of it all the days of your life; 18 thorns and thistles it shall bring forth for you; and you shall eat the plants of the field. 19 By the sweat of your face you shall eat bread, till you return to the ground, for out of it you were taken; for you are dust, and to dust you shall return.” (ESV)

Do you see it? Since that fateful day, performance and people-pleasing have taken up residence in each of us. The result of having to toil. The inadequacy we feel when comparing ourselves one to another. That age-old question creeps back in again.

Men – never take that question to Eve. She’s a fallible human being just like you. There’s only one place to go for the answer……It’s our Father God. We gain our significance through intimacy with Him. Our identity is secure in Him. Placing the emphasis elsewhere will lead to emptiness and desperation. As Marcus noted earlier, it is really hard to live up to a girl’s image of a boy. Well…..you think that’s hard? Wait until the man in you arrives. Wait until “maturity” sets in and all the wounds of your past come back, as Philip James Bailey said, “to haunt us as Eagles haunt the mountain air.” Almost invisible until they strike at the heart of our identity. That would be my interpretation of what Bailey was saying.

I’ll leave you with an excerpt from Wild at Heart and John Eldredge. This explains a lot.

“How come when men look in their hearts they don’t discover something valiant and dangerous, but instead find anger, lust, and fear? Most of the time, I feel more fearful than I do fierce. Why is that? It was one hundred and fifty years ago that Thoreau wrote, ‘The mass of men lead lives of quiet desperation,’ and it seems nothing has changed. As the line from Braveheart has it, ‘All men die; few men ever really live.’ And so most women lead lives of quiet resignation, having given up on their hope for a true man. The real life of the average man seems a universe away from the desires of his heart. There is no battle to fight, unless it’s traffic and meetings and hassles and bills. The guys who meet for coffee every Thursday morning down at the local coffee shop and share a few Bible verses with each other—where is their great battle? And the guys who hang out down at the bowling alley, smoking and having a few too many—they’re in the exact same place. The swords and castles of their boyhood have long been replaced with pencils and cubicles; the six-shooters and cowboy hats laid aside for minivans and mortgages.”

“I hope you’re getting the picture by now. If a man does not find those things for which his heart is made, if he is never even invited to live for them from his deep heart, he will look for them in some other way. Why is pornography the number one snare for men? He longs for the beauty, but without his fierce and passionate heart he cannot find her or win her or keep her. Though he is powerfully drawn to the woman, he does not know how to fight for her or even that he is to fight for her. Rather, he finds her mostly a mystery that he knows he cannot solve and so at a soul level he keeps his distance. And privately, secretly, he turns to the imitation. What makes pornography so addictive is that more than anything else in a lost man’s life, it makes him feel like a man without ever requiring a thing of him. The less a guy feels like a real man in the presence of a real woman, the more vulnerable he is to porn. And so a man’s heart, driven into the darker regions of the soul, denied the very things he most deeply desires, comes out in darker places. Now, a man’s struggles, his wounds and addictions, are a bit more involved than that, but those are the core reasons. As the poet George Herbert warned, “he begins to die, that quits his desires.” And you know what? We all know it. Every man knows that something’s happened, something’s gone wrong . . . we just don’t know what it is.”

“This is every man’s deepest fear: to be exposed, to be found out, to be discovered as an impostor, and not really a man. The dream has nothing to do with acting; that’s just the context for my fear. You have yours. A man bears the image of God in his strength, not so much physically but soulfully. Regardless of whether or not he knows the biblical account, if there’s one thing a man does know he knows he is made to come through. Yet he wonders . . . Can I? Will I? When the going gets rough, when it really matters, will he pull it off? (emphasis added) For years my soul lived in this turmoil. I’d often wake in the morning with an anxiousness that had no immediate source. My stomach was frequently tied in knots. One day my dear friend Brent asked, “What do you do now that you don’t act anymore?” I realized at that moment that my whole life felt like a performance, like I am always “on.” I felt in every situation that I must prove myself again. After I spoke or taught a class, I’d hang on what others would say, hoping they would say it went well. Each counseling session felt like a new test: Can I come through, again? Was my last success all that I had?”

— Wild at Heart: Discovering the Secret of a Man’s Soul by John Eldredge

I hope this was helpful to you. The good news is that God is our only source of healing. Healing through His Son Jesus Christ. We aren’t required to come through. That’s the work of the Holy Spirit in us and the power of a relationship with Christ. Once we surrender our false self and trade it in for the real deal we get to walk in the freedom God promised.

Lay down the fig leaves, the false pretense. Go after the gusto that is yours for the taking. Ask God to Father you the way He always intended. Calling you up and into your TRUE Identity – securely founded in Him. Make that the cry of your soul and reject the notion of the man you’ll never be.